So I've been thinking about this for a while and with the advent of the latest spoiler for Aether Revolt (the gameday promos), I think it's a great day to start the conversation. 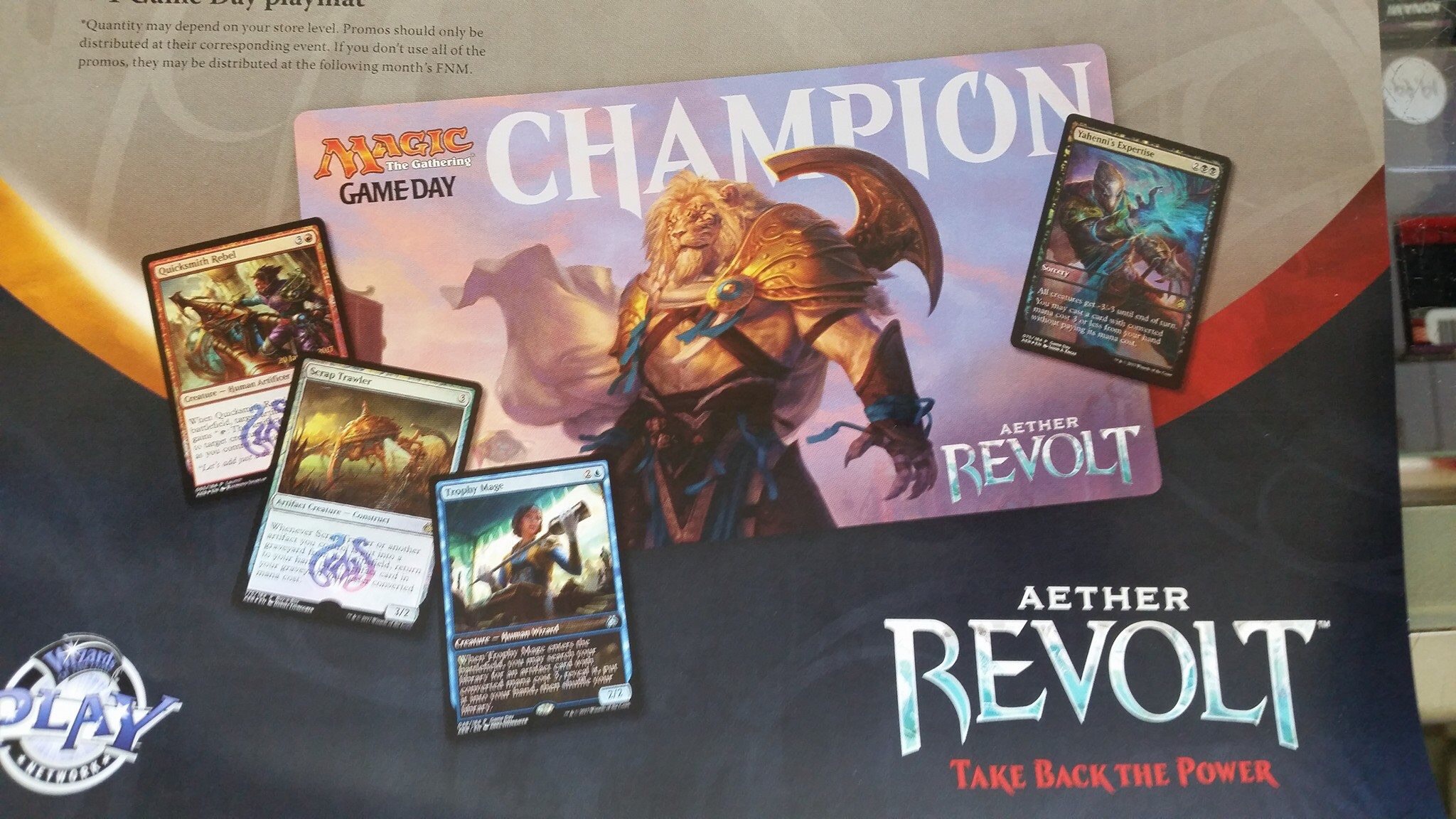 Why doesn't WotC reveal the tokens for the set? As right now Wizards spoils them all at the end of the spoiler season. Usually with some other note or spoiler related to the set. It feels like an after thought.

I feel that spoiler season would benefit greatly from having it's token spoiled at the start. It could inspire conversation as to what could possibly create those tokens, is there a cool reprint that people could speculate? Is there a new mechanic that hasn't been seen before on a token? Releasing the tokens first would create additional hype that isn't present when they reveal at the end. I recall they tried this during the Khans block when they spoiled the tokens, they showed stuff that didn't have cards attached to it. Namely the spirit warrior. While the card that did spawn it end up only being useful in limited it still inspired imaginations as to what could create the damn thing. Was it a cool rare, what determined the P/T was this the next Voice token?

So what I'm really saying is come on Wizards give us some token love, spoil them to start and let our imaginations run wild! As if they don't already :p

Want to get notified when new tokens and projects come out, or the latest deal? If so sign up today!